All the government departments like the police department, District Rural Developmemt agency, Public Works Department, Municipal Board and so on work in collaboration and make Lakhimpur a properly managed district. 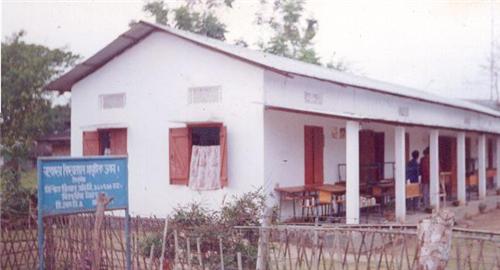 The District Rural Development Agency in Lakhimpur works for the implementation of Centrally sponsored programme meant for rural development.  The department is mainly concerned with the developmemt of rural masses through poverty alleviation programmes.

The town of North Lakhimpur is managed by the North Lakhimpur Municipal Board. The board supervises the efficient maintenance and smooth running of the different departments of the town.

With the headquarters of the Lakhimpur district located at North Lakhimpur, Dhakuakhana is the sub divisional headquarters. The revenue circles in the district include:


The number of Blocks in Lakhimpur includes: 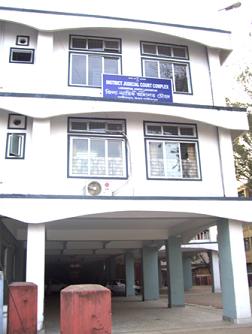 The Lakhimpur district is one of the few districts of Assam where Administration of Justice was started by the British since 1838-1839. The British established Munsiff Court in 1898. The Lakhimpur district earlier consisted of Dibrugarh, Dhemaji and Tinsukia districts and the headquarters of the district was at Dibrugarh and the sessions cases used to be tried at Dibrugarh. Later Dibrugarh, Dhemaji and Tinsukia were separated from Lakhimpur and Lakhimpur was granted the status of independent district with its headquarters at North Lakhimpur. At that time the judiciary was also separated. Later in the year 1977 the  Court of the District & Sessions Judge was created.  Later courts of Chief Judicial Magistrate and  court of District & Sessions Judge and other Courts were set up here.

There are various functioning courts under the Lakhimpur District Judiciary. They are: