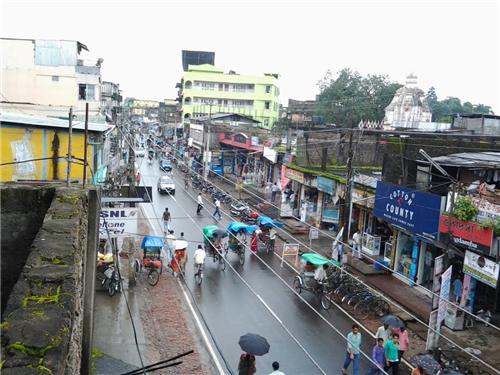 The name of the place Lakhimpur has been derived from two words “Lakshmi” and “Pur”. ‘Lakshmi’ in Assamese is the Goddess of wealth and prosperity (paddy is also locally regarded as Lakshmi as the region is totally dependent on agriculture and paddy) while ‘Pur’ means ‘full’. Therefore the word Lakhimpur means a place full of paddy or a place where paddies are grown abundantly.

Historical Past of Lakhimpur

Lakhimpur is taken as the first place where the invaders from the East first stepped in the Brahmaputra. During those times Sutiya, a Shan race, drove out the Baro Bhuyans who were originally from the western provinces of India and these in their turn gave place to their more powerful brethren, the Ahoms in the 13th century. Under the Treaty of Yandaboo the British expelled the Burmese, who had ruined the native kingdoms at the end of the 18th century, in 1826. They placed the southern part of the state, along with Sivasagar, under the rule of Raja Purandhar Singh, however, it was not till 1838 that the whole was taken under direct British administration.

The Lakhimpur district was earlier called “Koliapani” as there was practically no road communication to the district till 1950.  Later the temporary aerodrome was started here in the year 1954. Eventually with time transport started to develop in the district and from 1957 Assam State Transport Corporation buses started plying from Lakhimpur. The North East Frontier Railway started train services from 1963.